Cab-hailing app Uber is on course to become one of the most valuable venture-backed startup companies in history as its worth accelerates towards the $50 billion mark after a new fundraising push. It means that the mobile app’s value has grown by a huge $10 billion in just six months.

Uber has recently brought in more funds from investors looking to help fund its overseas expansion, as well as to finance strategic moves such as partnerships and sponsorships. The latest cash injection sees Uber’s value surpass that of Chinese smartphone manufacturer Xiaomi, making the taxi app the world’s most valuable privately-owned startup. 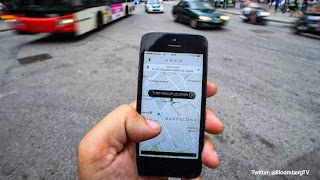 Since being founded in 2008, Uber has gone on to become a key player in the taxi industry, now operating in over 200 cities across the globe and even outnumbering the number of famous yellow cabs in New York City.

The app has attracted its fair share of controversy, dividing opinion across the industry and facing a whole host of legal problems. The company is currently being investigated for its activities in China and France, and is also involved in a rape case in India. In the UK, London black cabbies have protested against the app’s presence on the streets on more than one occasion. However, despite these setbacks, Uber’s chiefs appear to have ambitious plans for the future, with CEO Travis Kalanick recently claiming that it is looking to create 50,000 jobs in Europe over the next 12 months.